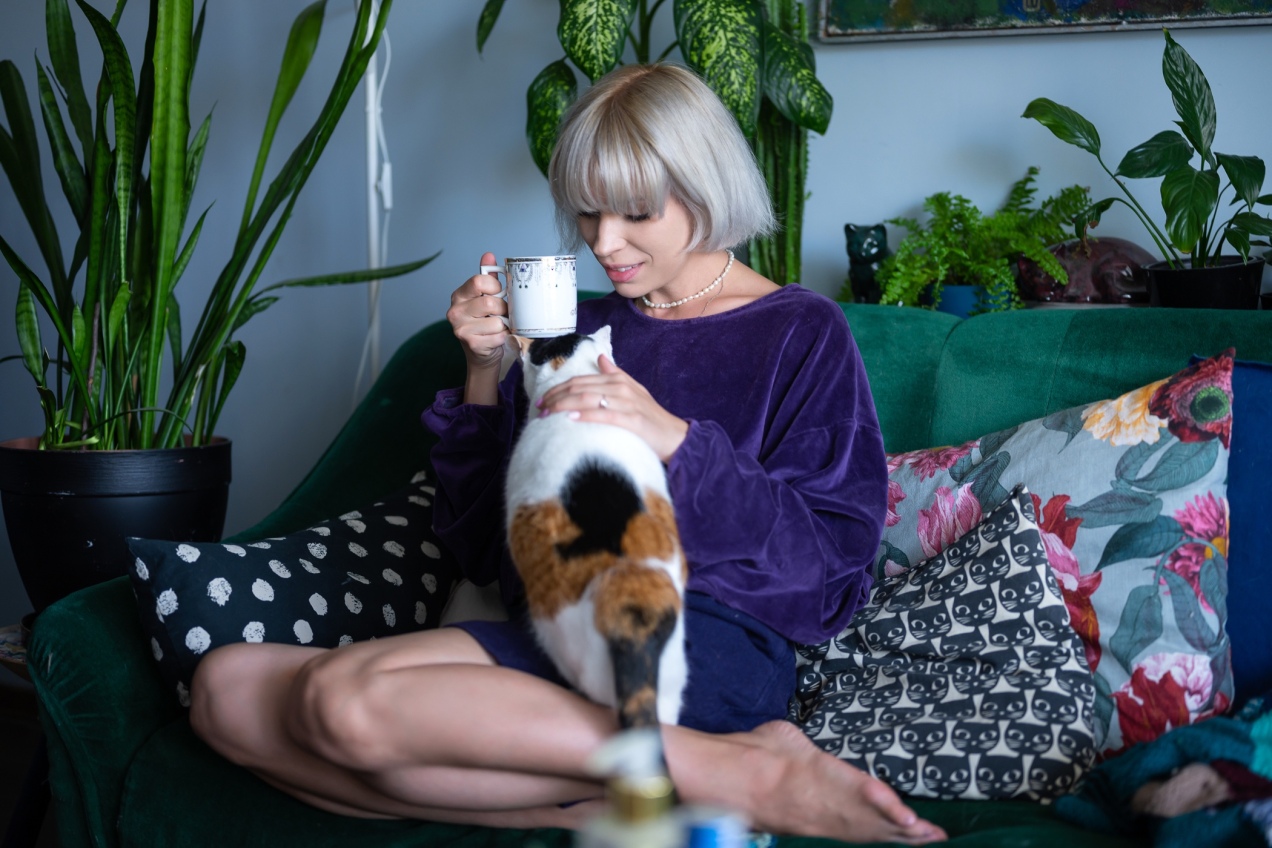 Tea! Always. Although I used to be a coffee person a long long time ago…

When I was diagnosed with ulcerative colitis back in 2013 and I was told I can’t drink coffee for a while, (prossibly never again) I was grieving. 🙈 Coffee was part of my daily routine for years, and I wasn’t ready to let it go. Little did I know that soon my organism will totally reset itself and I will never actually WANT to drink coffee or eat anything else that makes me sick anymore. Not because it is forbidden, no. But because I’ll never crave those things again. Ever. At the beginning, each time I was served with coffee I was feeling sorry for myself like “sure, I would have some if I could…”, and sometimes I just accepted it. I was telling myself that life is short and if I want to have coffee, then I should. But I was feeling sick afterwards, and it also made me nervous and I became hard to tolerate. 😅 But in time I started feeling more like “coffee? No thanks, not today” and it was totally alright. It wasn’t forced anymore. It felt like it’s my own decision. Years have passed, and people stopped asking me. 😂 Today like half of my friends don’t even remember that I was once a coffee person myself. In the meantime I started to have new favorite tastes. Like chickpeas. I used to hate chickpeas and now I f*cking love them. 🤷🏼‍♀️ Our bodies are super awesome… like they always know what they need, we just have to stay connected with ourselves. This is how I became a tea person.

However, Erno is a big coffee fan and he must have his coffee first thing in the morning. Usually even it’s smell makes me sick, and I’m asking myself how on earth could I drink that thing for so long. But sometimes I also want to have coffee with him for the old times sake. It might be a gemini thing or idk. 😅 So I’m ordering matcha latte in the cafés or making my own “coffee” at home or at work. 🙈 Caffé d’orzo is a caffeine-free espresso like roasted grain beverage. It’s made from ground barley. It is considered a coffee substitute for children, but it is a very common choice for those who try to avoid caffeine for various health reasons, like me. Or you, perhaps.

It’s just the perfect alternative solution for coffee lovers who for one reason or another cannot drink regular coffee. If I knew about this when I had to give up on it, it would have been a lot more easier, so… Here I am, 7 years later, sharing some of my secrets with you because you never know who needs to hear this today.